With the resignation of David Park I have decided to discontinue this blog and start a new one.  I invite you to follow “On The Grind” at alvinsanders.net which focuses on leadership and multiethnic ministry.

I thank you for following both David and I as we rant(!) about the state of Christianity and reconciliation.  I have been truly blessed with the response we have received since starting the blog earlier this year.  Here are our 10 most viewed blog posts of the year in case you missed them.  I wish you a blessed 2012 on this last Friday of the year!

10.  How To Be Right And Wrong At the Same Time

6.   Do You Care Where Rob Bell Goes When He Dies?

5.   Where Your Allegiances Lie

And The Winner Is… 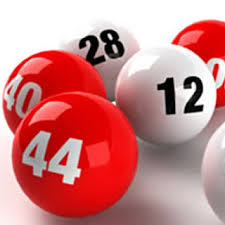 At the CCDA 2011 National Conference in Indianapolis last week, we rolled out some new conference duds and instead of handing out cheap conference swag, we decided to give you folks who care about compassion, justice and reconciliation who took the time to visit us in our booth and subscribed to this blog a chance to win a new iPad2. That’s right, and since it’s coming out after the latest iOS5 updates, it will be a pretty nice addition to anyone’s technological palette. That’s how we roll here at Samaritan Way.

And for those of you who scoff at the notion that anyone with an iPad 2 could seriously embody the work of reconciliation, here are ten ways the iPad can help you do some good in the neighborhood.

Well, we got a nice long list of names in Indianapolis last week and we have a winner!
Drum roll, please! Using the list of email addresses, numbering them, and then using the random number generator developed especially for raffles here, the winning number was 29, which was Walt McCall!
Of course, since you subscribed to this blog, you’ll probably read this from here, but we’ll be contacting you shortly to find out where to send your new iPad2!
Congratulations! And we do hope it helps you serve the Lord and others better. From Samaritan Way~

Where are you in the process of building authentic community?

I personally know these stages though I never had language for them. But here it names places where my church has been and is. The problem is that it feels so often that the church stays at the level of pseudocommunity. And yet in order for reconciliation to happen we need to get to at least stage 3. Wouldn’t you agree?

I had the opportunity to sit on a leadership development class this morning led by Dr. Brenda Salter McNeil. She was in the midst of training a group of pastors who share a core commitment to racial reconciliation and social justice as manifestations of the Gospel. The topic of instruction was the challenge of building authentic community, particularly in cross cultural settings. She used Scott Peck's model of community from the book "A Different … Read More

When we watch the news and see stories of “ethnic cleansing,” or hundreds of people in a sweatshop being drastically underpaid for their labor; or when we look at a history book and see that once upon a time the U.S. government allowed the enslavement of a group of people based on their African heritage, we cannot forget that the root of these events is spiritual.  Psalms 2:1 asks, “Why do the nations conspire and the peoples plot in vain?” The quick answer is because they are in sinful rebellion. But that is not God’s desire.  We see His desire in Genesis 12:2-3 in His promise to Abram (Abraham):

I will make you into a great nation and I will bless you; I will make your name great, and you will be a blessing. I will bless those who bless you, and whoever curses you I will curse; and all peoples on earth will be blessed through you.  God’s desire is a unified people, bringing blessing to all. Yet to receive the promise of God, Abraham must immigrate from Haran to Canaan.  It was God’s idea.

The tangible blessing does not come overnight. After Genesis, the story expands beyond individuals to the complete sum of Abraham’s offspring, which eventually become known as the nation of Israel. Eventually the Israelites themselves immigrate to Egypt.  In Exodus we see the pitting of nation against nation as a contest between gods.   For example, the famous plagues of Exodus 1-12 were each a contest between the God of Israel and one of Egypt’s gods. When God rescued the Israelites, He delivered the message that the God of Israel is the sovereign God over all, regardless of your cultural family.

Israelite immigration led to switched spiritual allegiances.  Consider Joshua 2 and the story of Rahab; read the story of Naomi and Ruth in the Book of Ruth; ponder God’s message to the Israelite captives in Babylon found in Jeremiah 29:4-7. Throughout the Old Testament the message to the Israelites was clear: Through your lives you will declare the glory of the one true God to those who don’t know Me; and through this declaration, they will come to Me.

In the New Testament the apostle Paul makes clear to the Galatians that they began their relationship with God the same way Abraham did: by faith, not ethnic lineage (Galatians 3:6-9). Abraham’s real offspring are those who have faith in his God. The redemption of Christ permits all to enjoy the blessing of Abraham (Galatians 3:14).  If people want to know God, they need not seek out Israelites and convert to Judaism. That was the old paradigm. We are now told to receive the promise of the Spirit and form communities of Spirit-filled people. These ministry communities are the primary vehicles for the nations to know God.

The stress of the New Testament is toward a community of people making their presence known by living differently as the people of God in their geographic region. As they do this, the people (both native and immigrant) of their region will know where to look for God.  You can find an example of these ethical encouragements in all of Paul’s writings to churches.

In my home state last week, the governor signed House Bill 87 or the Illegal Immigration Reform and Enforcement Act of 2011, and I have such mixed emotions about it.

My emotions got a little more complicated yesterday.

Every few weeks, a Brazilian couple comes over to my home and helps us keep it clean. Over three years, my wife and I have gotten to know them a bit better and have heard their story. The woman has been through a lot and has fended for herself most of her life. While I don’t know all the details, I know that she was in an abusive home and that she has been on her own since she was a teenager. The man, though not her husband, is her partner in the housecleaning business. He believes in Jesus, but he has told me that she doesn’t like to hear about him or the church.

In recent years, I know that she has been wrestling with Grave’s Disease, which has caused her eyes to swell, so much so that she has had to seek complicated surgeries to the tune of tens of thousands of dollars. In order to pay for them, she has had to work unceasingly, cleaning houses everyday in a declining economy. She drives around to any part of Atlanta where a house may be cleaned; she cannot afford to choose her clients. Her car bears all the scars from the commutes. One of the front headlights is held in place by blue painter’s tape and the tires are bald. Also, if you should look close enough at her passenger door, you  see indentions  all along the top as if someone had been trying to break in. It made me wonder how safe her apartment complex is.

Yesterday they came and cleaned like so many weeks before over the last three years. I thank them with the only Portuguese words I can say with credibility, “Obrigado~ moito obrigado. Tchau.”

They called me a few minutes after leaving. The neighborhood police had established checking everyone at a stop for licenses and identification. She had none. They took her to jail. He was frantic. We returned to my home so I could gather money for bail. Then all of his emotions came rushing out: How she pays for her family back home; how she needed to get care for her thyroid; how hard-hearted she had become over the years of working her fingers to the bone; how she felt Christians talked too much but were untrustworthy; how she felt all alone; how working with her had become so hard; how he had begged her to let him drive; how frightened they were of the immigration laws.

We visited the county jail next, where we were told by the police she would be held, with its concrete walls and metal doors. They don’t allow phones in the building any more. They make you take numbers even when no one is being served at the window. Nobody smiles inside. And we waited for almost forty-five minutes to speak to someone.

We went straight to the bonding center, passing the doors for domestic violence and theft. And we passed them on our way out because they couldn’t accept payment for a different municipality’s bond until that town’s office had closed for the day. So we went to the town’s city hall down the road and asked to pay the bond, but the paperwork hadn’t come in. The clerk told us that we could simply pay after the office closed at 5pm.

So we went back to the bonding center at 5, to be told that they wouldn’t accept our payment for the bond because her fingerprints hadn’t come back for identity verification. When would they come back, we asked. Within 24 hours, they said. How will we know it’s back, I asked. We’ll call you, they said.

They had not called this morning. So I called them. The fingerprints had come back, but now she was on “immigration hold.”

The man and I went back with an immigration lawyer once again to the jail’s bonding center. Pay the bond first in the town where she was arrested, we were told.

On the way there, I asked the lawyer what he thought about the passing of HB87, and he said, it was one of the saddest days he has ever seen in Georgia. He called it a travesty and a tragedy and a dark day.

After spending the day with him, I would have to agree. The days have grown darker here in Georgia.

A Prayer for Japan

There are some lines of this prayer that ring prophetically eerie in light of the recent tsunami, but still I found it somewhat redemptive and do share in this prayer for Japan.